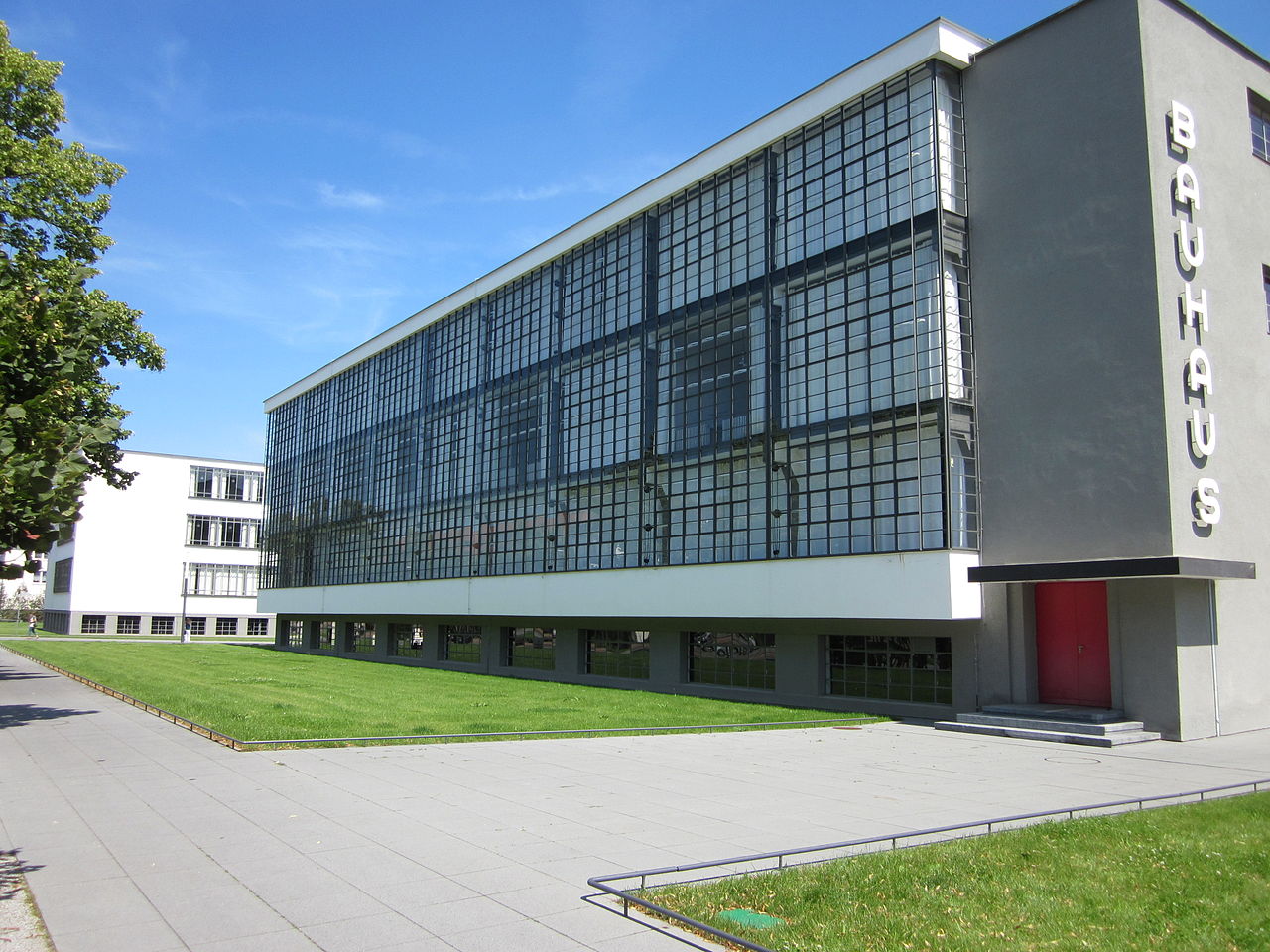 It's been 90 years since the Bauhaus first opened its doors in Weimar, Germany in 1919. Now, it's pretty difficult to overlook the influence that the Bauhaus has had on art, typography, design and architecture.

Finding visual and literary references to the Bauhaus on the web is not at all difficult.

Wikipedia is a good place to start to get an idea of the influence of the Bauhaus across various disciplines.

Herbert Bayer designed the Universal typeface in 1925, limiting the character set to lowercase letters and limiting the construction of each character to basic geometric shapes. Other type designs experimented with simple geometric forms to build sets of phonetic glyphs for use in Latin-based writing systems.

Martin Majoor looks at the history of sans serif typefaces, praising the work of Paul Renner, glossing over the contributions of the Bauhaus. I agree that Martin's typefaces are much more legible, and that the Bauhaus experiments were extremely primitive in comparison. But there is still something about the pure geometry of the Universal typeface that piques my interest.